Services that makes a difference

﻿As Investment facilitators or Intermediaries, we help solve problems faced by existing or potential investors ; when they think of or come to the DRC, we actively seeking out  investors or financial institutions based on national development plans or other criteria.

A middle man who is on  your side

We play the role of facilitator between both public and private companies and international financing institutions wishing to invest in numerous projects in Africa, more particularly in the DRC. As an intermediary, we also have for mission to ensure an effective execution of the projects of which the means of financing were obtained through our firm.

Why Invest In The DRC

Investing in the DRC remains a significant and advantageous hostel because the country obviously has sufficient assets through the many projects to be financed.

Due to its potential, the emergence of the Democratic Republic of Congo requires major investments like some African states which have shown much progress to date.

Several sectors of activity have not yet been sufficiently exploited by. This considerably improves its development. And to remedy all this, the DRC offers considerable opportunities to attract investors.

Combining all the factors including the emerging markets multiple opportunities and the young demographics, make the DRC one of the fastest growing countries in the world.

Please click here for a study from the world bank

About The Democratic Republic of Congo

The History The People The Government The Economy

Rich in natural resources such as diamonds, copper, gold, oil, and timber, the DRC has been weakened by the legacy of its colonial past and decades of violence, instability, and unchecked epidemics. Today the DRC faces challenges on many fronts, with a nearly collapsed and overburdened health system, crippled infrastructure, humanitarian crises, and persisting conflict in the Eastern regions. Deep health and social disparities exist along the lines of gender, class, geography, and urban vs. rural settings. Despite these formidable challenges, and with the support of private, bilateral, multilateral, and non-profit organisations, the DRC has seen improvements in some areas over the past few decades.

From colonial occupency and yes it is exactly what you see in history channels or videos on youtube  until the country’s independance in 1960. A dictatorial regime from 1965 to 1997, a glipse of freedom and democracy started to emerge. A country torne by civil wars, invasions, rebelions and cruelty. The Congolese people have seen it all.

However, the Congolese people are the most resilient people on earth.

Welcoming and friendly, the Congolese people see no boundries of opportunities.

More than 200 African ethnic groups live in Congo; of these,  Bantu peoples  constitute a large majority of the  country’s population. They entered the territory of modern Congo between the 10th and the 14th century from the west and north and established kingdoms that were flourishing at the time of European penetration after the 16th century.

in the last 20 years, the congolese population has doubled and according to Worldmeters the population will more than double in 30 years.

Meanwhile cities such as Kinshasa which has been said will be a megacity, as of 2020 only 28.5% of the land is occupied. Land developments with new cities and city links are where the opportunities lies and the congolese people are ready for concrete change for the better.

in 2020,  UN High Commissioner for Human Rights Michelle Bachelet concluded a five-day visit to the Democratic Republic of the Congo she said “The fact that the country has managed to conduct a peaceful political transition for the first time since independence and is now governed by a coalition of former opposition and former government politicians, headed by President Tshisekedi, makes positive change a possibility”.

In the past 20 years the DRC has seen a positive shift in democratie from a young president to a many political new comes.

The current president, his Excellency Mr Felix Antoine Tshisekedi Tshilombo, is continuing the works from his predecessor Honorable Mr Joseph Kabila. Fatshi, as called by his people, has set new challenges, bridging the gaps and continuously oppening more opportunities for the development of the country.

The country possesses untapped resources that attract investors and could make it a giant in the African and global economies and you are invoted to be part of it.

The value of Congo’s natural resources is estimated at $24tn; greater than the US GDP of $20tn.

From supplying slaves for sugarcane plantations, rubber for the pneumatic tire, uranium for the atomic bomb to coltan for mobile devices and today,  60% of the Cobalt for lithium-ion batteries.

﻿Beyond the troubling media headlines and the reminders of a bloody past, the country’s economy is performing almost unscathed. Except for a slump in 2009, when the economy grew by only 2.8%, economic growth has averaged 7.7% over the last five years. According to the World Bank, this is “well above the average in sub-Saharan Africa.” With the new leadership, the economic growth in 2021 is expected to rise to 20%, which will make DRC’s one of the fastest-growing economies in the world.  .

Tourisme in DRC – Tranlated text from the Video

Located in the heart of Africa, the Democratic Republic of the Congo offers a variety of magnificent landscapes and benefits from three types of tropical equatorial climate. And temperate with an almost permanent sunshine its average temperature of 25 °. This immense country, still largely unknown, benefits from all the exceptional and attractions as undeniable as it is innumerable to develop its tourism.

Its strengths are both geographic and historical, human, natural and cultural.

The most populous French-speaking country, second largest country in Africa, 11th largest country in the world with the fourth population of the continent divided into more than 450 ethnic groups, second green lung of the planet with its large equatorial forest, immense territory of the DRC covers 2,345,409 km². It is crossed from the South we do not speak about it I am Congo 4600 km long its basin is the largest world after that of the Amazon.

We also find in this exceptional environment, mainly in the large forests of the northeast of the country of the carbon sink called peat bog which can store up to 2 years of global CO2 emissions. Their preservation is a major issue.

Let us return to the Congo River. With a flow rate of up to 21,000 m³ per second, it is the most powerful river on earth and is irrigated especially its course by a gigantic hydrographic network. This is made up of a multitude of rivers and the stream of torrents and waterfalls that cover the whole country.

A truly water-blessed nation, Congo Kinshasa is bordered to the east by several large lakes. These lakes are: Lake Albert, Tanganyika, Kivu, Victoria and Eduard.

However, lakes are not only found in the east of the country. There are more than a hundred vast dimensions in this land as large as a continent.

A land still largely unexploited with an intact and wild environment, which can lend itself to any form of tourism. Business tourism and economic discovery, leisure tourism, adventure and exploration tourism, responsible alternative and participatory tourism, sports tourism, cultural tourism and finally eco tourism.

This video is originated from Office National du Tourisme RDC. To reques a full trranslation of the video please contact us.

The DRC has 37 kilometres of coastline and a geography characterised by a vast central basin low-lying plateau rising to volcanoes and mountains in the east. More than half the country is covered by dense tropical rainforest. The country is traversed by numerous rivers with the Congo River being the largest.

The DRC has a tropical climate with two distinct seasons; the ‘dry season’ (18 to 27oC ) called ‘Congolese Winter’, which is from June to August. The ‘rainy season’ (22 to 33oC) runs from September to May with its heavy, monsoon rains. Temperatures are hot and humid in the central region, cooler and drier in the southern highlands, and cooler and wetter in the eastern highlands.

Agricultural production in the DRC is comprised of cropping activities (79%), fisheries (12%), and livestock production (9%). Close to 66% of the total agricultural land is devoted to pasture and 34% to crop land. Read more

Just how lucrative is investing in agriculture is in the DRC:

The DRC has more than 50 million hectares of untapped arable land. let’s put this into perspective:

Congo has a climate that is very favourible to agriculture. At RH Consulting we have many clients both within the private and public sectors looking for investors/partners withing this sector.

There are many areas of development and investment in modern medecine in the DRC. Many region don’t have equipment to tender to basic needs.

We currently have several demands from Governors to build hospitals in rural areals.

On behalf of our clients, we are looking for investors who would like to embarque in the financial industry in the DRC. The following facilities are currently in great demand: Bank of agriculture and investment bank. Contact us today if this is an area of interest.

httpsThe past decade has seen a tremendous growth in the population of the DRC. The next 30 years will see these numbers double again.

Land development is a huge opportunity in the DRC. From appartment complex, family homes to completely new city developments, there is plenty of space in the DRC to grow lucrative real estate businesses with real social impacts.

At RH-Consulting we represent private land owners, but also Governement projects within this sector. The DRC is a giant awakening, If you want be part of the Congolese dream, get in touch with us today.

It is no secret that as far as natural resources go, the DRC is one one the richest country on the planet. There are many opportunities within the mining industry with the private and public land owners.

We are looking for PARTNERS for our clients around the country who will work side by side and ideally with view of local transformation and will not use children as labour.

Some province have 0 access to electrity. The DRC Government is working on several projects to ensure better coverage in electricity for the entire country. RH-Consulting welcomes investors who would like to embarque in being part of the electric revolution in the DRC. Please contact us if this is something that is of interest to you.

Simplifying the process and access to funding for both the private the public sector.

With its very diverse network of partners, RH-Consulting Sarl is the right solution to facilitate the financing process from the choice of the financier, the negotiation of loan terms and conditions and the monitoring and evaluation of the execution of the financed projects.

The financing models negotiated by RH-Consulting remain the most flexible and competitive, offering an annual interest rate, repayment terms and grace periods that defy all competition.

We will be happy to offer you the best services and to favor with satisfaction the realization of your projects. 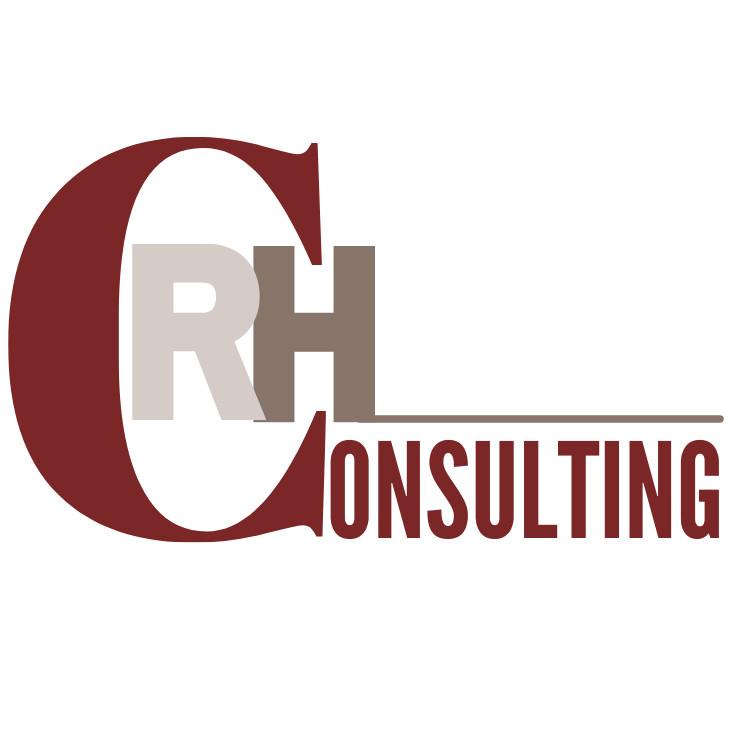